In March, Krzysztof Szubert was appointed Secretary of State, responsible for international affairs at the Ministry of Digital Affairs in Poland. With 20 years experience in tech entrepreneurship and ICT, Minister Szubert has been instrumental in driving the digital agenda not only in Poland but at a EU level.

In part two of our interview, Minister Szubert shares the country’s strategies for supporting digital transformation. He also reveals why Poland is fast becoming a leading player for digital innovation and a destination for technology startups and businesses. 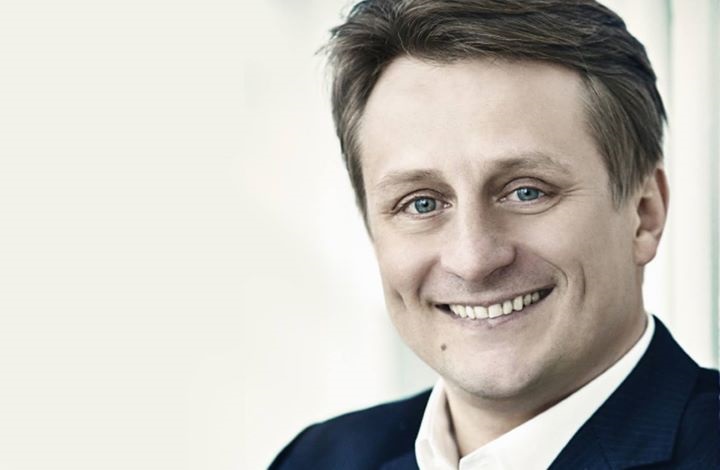 You were appointed Secretary of State in March. What are your priorities for the next 18 months?

Inter alia, a review of the Digital Single Market Strategy and further strengthening of cooperation within the like-minded group. We are also monitoring the Brexit situation and its consequences for digital, especially given the UK is one of the world’s digital leaders and crucial member of this like-minded group.

I also hold the post of Government Plenipotentiary for DSM. In this capacity, I will analyse existing barriers which hamper the realisation of DSM in Poland, and then elaborate concrete legal and organisational measures aimed at removing those barriers. Many solutions can only be found within the framework of broader international cooperation and I will continue active engagement in collaboration with my foreign counterparts.

What is Poland’s role in the Digital Single Market?

The foreign strategy of the Ministry takes into account that about 75% of legislation is created at the EU level. That is why the Ministry is committed to strengthening Polish presence on various EU activities. A good example is the employment of three dedicated experts responsible for digital affairs at the Permanent Representation of Poland by the EU.

Another example is the Poland-led initiative referring to free flow of data, which is an active response to one of the issues described in the Digital Single Market Strategy, published in May 2015. Poland coordinated the DSM states, which resulted in the non-paper calling on the Commission to deliver a legislative proposal. The non-paper was presented within the framework of the TTE Council in December 2016.

What is Poland’s strategy for supporting digitalisation?

The five main principles of the digital state are:

As part of this strategy, we have prepared number of ICT projects. ‘mDocuments’ will enable citizens access to their documents, such as ID, via their mobile phones. The project has already been piloted in four Polish cities.

Everyone is excited about digital startups but many policymakers are challenged with how to nurture innovation and when – or how – to regulate. Having been an entrepreneur yourself, what advice can you give policymakers in the ‘disruptive business’ space?

If we really want to make digital progress, we must present a positive approach towards digital disruption. Much accountability for this rests on policymakers. Digital transformation is both an opportunity, as well as a challenge.

We must create a stable and fair regulatory environment for innovation, SMEs, and new business models such as startups. This may require us – policymakers – to deliver not only positive input, but to remove some unnecessary barriers. These are conditions sine qua non for the EU economy to grow and compete with the rest of the world. The DSM review seems to be a perfect opportunity to sum up what we have achieved so far and to discuss what is still to be done.

When it comes to Poland, we will be advocating for an ambitious approach towards digital agenda everywhere, where it will be bringing added value to the European economy as a whole. The newest example of this approach is the Prime Minister’s, Mrs Beata Szydło, initiative of a joint letter from EU prime ministers and heads of states to the President of the European Council, before the Council’s meeting in June 2017. The letter, stressing the need to give a high political priority to the digital agenda, was signed by the representatives of 17 states.

What new technology are you particularly excited about?

I find connected and autonomous driving (CAD) particularly exciting, mainly because it will reach millions of users and will soon become part of our daily lives. The biggest automotive companies are already investing huge sums of money in R&D and the topic appears regularly on the EU agenda.

In March this year, a letter of intent on CAD was signed by 29 states [27 EU + Norway and Switzerland]. This was an important step towards implementation of modern digital solutions for European transit.

Poland, geographically, is an important part of the European transit network, so we are particularly interested in development of CAD. Since this technology requires fast and reliable broadband, capable of transferring large amount of data, it will also motivate us to invest in 5G. The best example might be the ‘5G for Poland’ initiative – which the Minister of Digital Affairs, Mrs Anna Strezynska, announced only last week.

In Poland, it is Ministry of Digital Affairs that moderates discussion on CAD. We have organised both public and private sector dialogue and are determined to efficiently continue this work. Although we are at the beginning, I am optimistic about its success.

2. The future of work: What’s happening in Poland