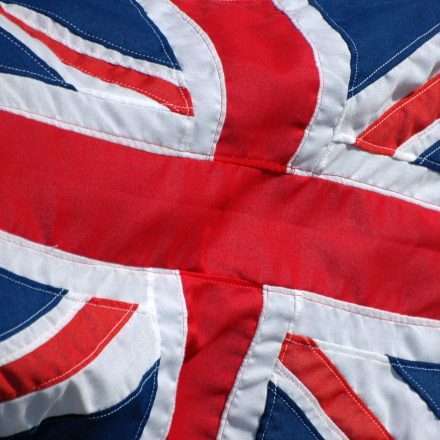 New research by Readie finds major differences in attitude to new technology across Europe, with Germans most sceptical and Bulgarians most positive about its impact.

UK adults tend to be moderately sceptical about new technology in European comparisons. Bulgarians and Spaniards are often the most open-minded and excited.

Londoners are more likely to say they would consider most new technologies than those living in other regions of the UK including letting a robot take care of family members 33 per cent compared to Scotland (16 per cent), the North (22 per cent), Midlands (17 per cent) and the South (21 per cent).

UK men, compared to UK women, are considerably more willing to try new technologies, such as driverless cars (45 per cent vs 27 percent).

Millennials are also more open to new technology than older generations (over 55 years). This includes using different digital platforms and also sharing their own resources online such renting out their home (38 per cent vs 13 per cent).

Despite 64 per cent of UK adults saying they are excited about the future and the opportunities that new technology is bringing to society, many think that the benefits of the internet and digital technology are not spread equally across society. People living in towns and cities, and those under 30 years old, are seen as the biggest beneficiaries.

Many lack the skills to actively use technology. Although 95 per cent say they are confident writing and sending emails, only 17 per cent are confident using code to develop software. Furthermore, only three in ten UK employees say they are offered basic digital training by their employers. Employees in areas outside London are being offered even fewer training opportunities than those in the capital city.

When asked to consider the issues of technological change, UK adults rank the increase in cybercrime, such as hacking, infringement of privacy and stolen data, the breakdown of face-to-face relationships, and the aggression between some people on social media among the biggest problems. Job loss due to automation was one of the smallest concerns.

Digital technology is changing every aspect of our lives and creating huge opportunities for society. For these benefits to be fully realised, however, people need to have the skills and the confidence to use new tools and platforms.

If innovations are perceived as being ultimately harmful, or the gains of new technology viewed as being too unevenly distributed, public opposition could become a major barrier to further progress.

The key question the policy and business community have to ask themselves is: How ready are Europeans to live the digital life? If they are not ready, what is holding them back?

Lessons for governments and businesses

Digital technology is creating many opportunities for people and businesses across Europe but the pace of change brings unique challenges when designing digital policies and national strategies.

The majority of the UK public are not ready or equipped to make the most of the digital transformation. Developments in technology should benefit all people regardless of gender or whether they live in a city or how old they are.

However, as our research shows, a number of groups – among them older people, those living outside of London, and women – feel less confident about digital change, and are thus unwilling to engage with the chances it offers.

Governments and businesses must consider more carefully how open different sections of the population are to new platforms and technologies. It is clear that most people are optimistic about the future. Building confidence is key to empowering people to trust and embrace new technology which has potential to improve all our lives.

1. Digital Pulse: How ready are Germans for the digital life?

2. Updating digital skills: How can companies, individuals and policymakers prepare for the future of work?

3. The UK needs a skills map